Infertility is the inability of a couple to get pregnant despite having regular unprotected sex. A couple is regarded as infertile if, after regular sexual intercourse, they have not conceived in two years. It is estimated that one in seven UK couples has difficulty conceiving (HFEA, 2006). Identifiable causes of infertility include: ovulatory disorders in 27% of couples; tubal damage in 14% of couples; low sperm count or low sperm quality in 19% of couples. In 30% of couples the cause of infertility remains unexplained (NCCWCH, 2004). Female fertility declines with age, but the effect of age on male fertility is less clear (NICE, 2004). The difficulties couples encounter when facing fertility problems can lead to stress, which may further decrease chances of conception.(Eugster & Vingerhoets, 1999). Acupuncture is a popular treatment choice for infertility (Smith 2010).

Human Fertilisation and Embryology Authority (HFEA) Facts and figures for researchers and the media. (2006) www.hfea.gov.uk

How acupuncture can help

Randomised trials in China have demonstrated significantly better pregnancy rates for acupuncture than medication (Yang 2005, Chen 2007, Song 2008), but these studies may not be of a high quality. In the West, clinical trials on acupuncture for natural fertility (i.e. not as an adjunct to assisted conception) are almost non-existent, though there is a small amount of positive evidence (Gerhard 1992, Stener-Victorin 2000, 2008, 2010).

Research has established plausible mechanisms to explain how acupuncture may benefit fertility: 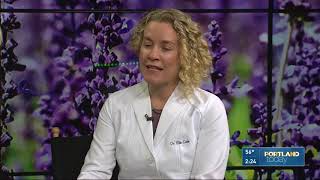 Acupuncture and the Menopause

Juice Fasting in January - NO!

Acupuncture is a real physical medicine